As a result of the decision on the closure of the OSCE Special Monitoring Mission to Ukraine (SMM), please be informed that all SMM open recruitment processes are hereby cancelled. To see all other vacancies, please click here.

Some Arabic and German

30+ years in Finnish diplomatic service, including Ambassador of Finland to Egypt and Sudan; Roving Ambassador to Tajikistan, Turkmenistan and Uzbekistan 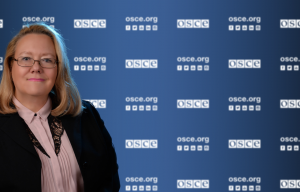 Tuula Yrjölä is the Director of the Conflict Prevention Centre and Deputy Head of the OSCE Secretariat. She has also served the OSCE as the former Head of Mission of the Programme Office in Dushanbe. ( OSCE )

My first exposure to the OSCE was back in college  when I argued for the relevance of the  then Conference for Security and Co-operation in Europe (CSCE) for an international relations class. In 1992 I was part of the team chaperoning foreign media at the CSCE Ministerial and Summit in Helsinki. From 2004 onwards, I was at the helm of the Unit for Eastern Europe, South Caucasus and Central Asia in Helsinki. That’s when I started to follow OSCE regional issues more closely by attending Ministerial Council meetings as part of the Finnish delegation. In 2008 I became Head of the Programme Office in Dushanbe, which led me to where I am today as Director of the Conflict Prevention Centre.

Not one day is alike working on the core business of the OSCE, directing the work of the Conflict Prevention Centre which is all about reducing tensions, responding to conflict situations and providing support in addressing the root causes of conflicts and instability through structural prevention and peacebuilding.

I have a great team of colleagues from all around the OSCE area, women and men with a mix of expertise that I rely on. I don’t believe in knowing everything myself, rather I get satisfaction out of the interaction with colleagues as we jointly find ways to deal with all the interesting issues that come up daily – whether it be responding to an emerging situation or brainstorming to develop our capacities further.

What makes the OSCE special to me is the geographically defined scope and mandate: I am working to support peace and sustainable stability in my own neighbourhood, so to speak.

if you're interested in pursuing a career in international civil service, I would say believe in being able to bring about positive change, but recognize the limits that working on politically sensitive topics pose.  Be ready to assert yourself in a positive way and trust your instincts. Show yourself ready to work hard, to build on your expertise further and to have the ability to be both a team player and, when necessary, a leader. Most of all, don’t be afraid to jump into something new, there are colleagues around to support on the details.

As a senior manager I take an enabling and gender-sensitive work environment very seriously. In a multinational and multicultural context we need constant vigilance to build and maintain a common understanding of the sometimes hidden or unrecognized biases. If I do my job well, I think of myself as also leading by example – which means also keeping in constant mind that being a role model is also a responsibility.

So far, it’s been an exhilarating and very rewarding rollercoaster. I wouldn’t give up one day so far even if my first year in Vienna has gone, as for others around the world, under lockdown restrictions. I look forward to better times for us all, globally, in reducing the pandemic, and my suitcase “stands ready” to be packed for the travels that would in normal times be part of my job as Director of Conflict Prevention Centre. 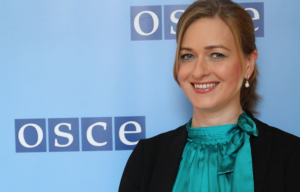 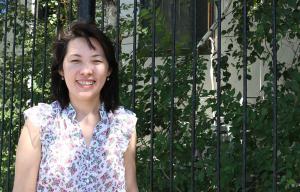 Why work for the OSCE?